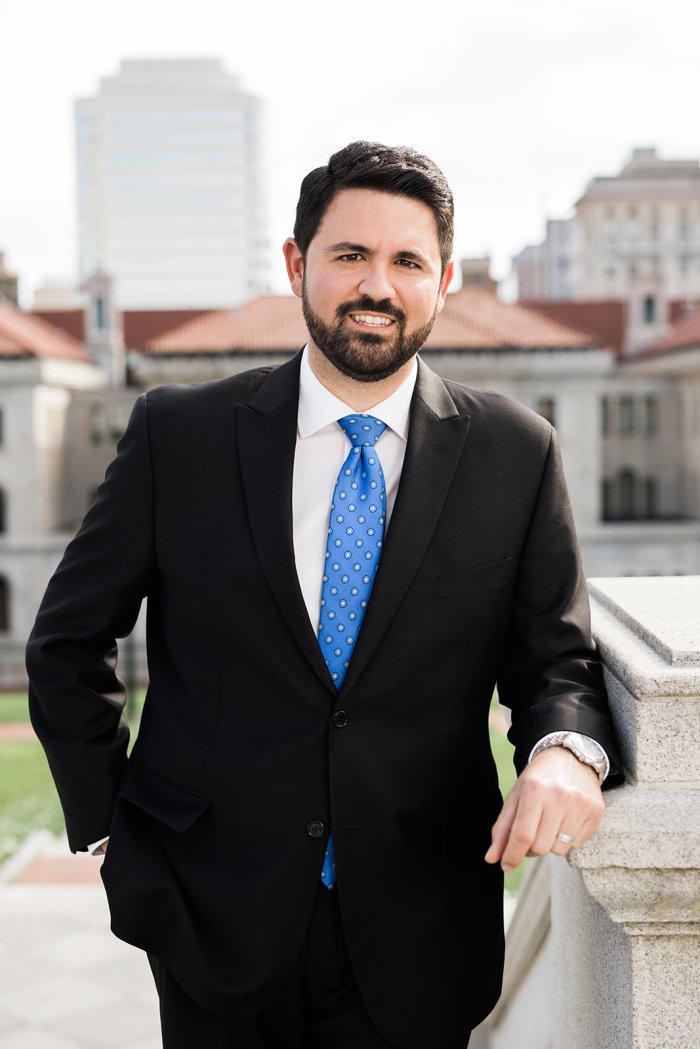 Chris Pitera is a trial attorney practicing personal injury law at the firm of Cannella & O’Neal. Chris represents persons who have been injured through no fault of their own in courts throughout the Commonwealth of Virginia. He is an experienced, passionate, and effective attorney-advocate. His main focus is promoting his clients’ total recovery. To that end, he works tirelessly and zealously so that his clients can obtain the best possible recovery in their case.

Prior to joining Cannella & O’Neal, Chris was an Assistant Attorney General with the Virginia Attorney General’s Office. In that capacity, he has tried numerous civil cases to verdict, settled hundreds more, and recovered millions of dollars for his clients. Among other things, Chris handled property damage claims on behalf of the Virginia Department of Transportation. He also handled hundreds of medical lien reductions on behalf of MCV Hospital, so he understands how to best maximize recoveries for plaintiffs.

Outside of these legal commitments, Chris is a coach for the YMCA youth sports league, a member of his church, and volunteer in his community.

Chris has the highest AVVO.com rating of “Top Attorney” and received the AVVO.com Clients’ Choice Award for 2016 and 2017.

Chris received his undergraduate degree from the State University of New York – Stony Brook, where he graduated magna cum laude and a member of the prestigious Honors College. Before going to law school, Chris was a White House and Congressional intern. He went on to receive his law degree from Liberty University School of Law, where he was the Student Works Editor for the Liberty Legal Journal, member and traveling competitor of the Moot Court Board, Vice-Chair of the Alternative Dispute Resolution Board, and elected among his peers as 2L Senator. He also received the distinguished Spirit of Liberty Award, an honor granted by the faculty to one graduating law student.

Chris resides in the greater Richmond area with his wife and two children.

Call now for a free case evaluation (804) 678-8285.
THIS SITE IS FOR INFORMATIONAL PURPOSES ONLY. NO ATTORNEY CLIENT RELATIONSHIP IS FORMED BETWEEN THE READER AND THE ATTORNEY OR ANY LAW FIRM WITH WHICH THE ATTORNEY IS ASSOCIATED. THE RESULTS OBTAINED IN SPECIFIC CASES DEPEND ON A VARIETY OF FACTORS UNIQUE TO EACH CASE, PAST CASE RESULTS DO NOT GUARANTEE OR PREDICT A SIMILAR RESULT IN FUTURE CASES UNDERTAKEN BY THE ATTORNEY OR HIS LAW FIRM.
Loading Comments...
Comment
×
%d bloggers like this: